Know where your library (card) is?

I just read John Daab's story about his first library card. The story starts on page 25 of Vultures and Other Friends.

His book is NOT one to get at the library. Buy it. Own it. Read it. Share it. Give it as gifts.

I don't remember my first library card, which would have been in University City, Mo. Probably before you were born. John's story did, however, remind me of my first (and only) foreign library card.

I had gone to Belize in 1992 to visit a friend with whom I had had one date in Denver in 1986, some short  time after which she left the country. She had been in Mauritania for four years. After that, wherever she lived, she lived the way the people of the country do.

My trip turned out to be 5½ weeks, and it had to, of necessity, be a low-budget trip. I ended up spending $400 door-to-door. But, first, back to the library card.

In July 1992 in Corozal Town, Belize, there wasn't much to do. We walked everywhere - to the tortilla factory every morning, to the produce market, to fish in the bay and catch catfish (which the locals wouldn't eat), and to the town library. Everyone had to have a library card, including foreigners. In order to get a card, one had to apply.

And, to apply, you had to have a signature of an official on your form. What could be more official than the signature of the town mayor, and that's where I went with my form. He was gracious and signed my application, and off I went to collect my card. I'll have to find my diary of that trip. For some reason, I think my library card might still be with it.

Corozal was a small town. The Population sign at the edge of town read "7000", but I think that was wrong. I guessed at 700. But maybe the area all around it was counted, because the 2010 census was over 9,800. Perhaps they counted everyone who could walk into town and get back home in one day.

How did I get away for 5½ weeks for $400? I had a frequent-flyer ticket that I used to Mexico City (and back). My brother happened to be in Mexico City on business, so I spent one night with him at the Hotel Nikko. My friend had suggested I take a second-class train from Mexico City to Chetumal, but my brother's plant manager insisted I take a first-class bus (since I didn't speak Spanish). He took me to the bus station and told me to sit until the bus came to "that" door at 5:00PM and get on. "And don't walk away from your backpack." Twenty-four hours later I took the "Belize bus" from Chetumal across the border and arrived at 11:00PM. "Surprise! I'm here..."

On the return trip I took a bus back to Mexico City and a cab to the airport. Arriving at a Delta counter I asked when the next plane was. The agent started stamping papers and then said, "If you can get to Gate 20 before the door closes, that's your plane." I made it, but my backpack didn't. It arrived the next day.

The flight connected in Houston, and I went through Customs there. When the Customs agent asked where my luggage was, I held up my orange day-pack. I told him I had been visiting a friend in the Peace Corps. All he heard was "Peace Corps" and he waved me through.

I got into Denver at 12:20AM, after the last bus serving the old Denver Airport had departed. Thinking about how I would have gotten "home" in Belize in the middle of the night, the choices were 1. take a bus; 2. take a cab; 3. walk.  The bus was out, and I wasn't going to wreck my budget with a cab fare, so I walked home. Four and one-half miles in the middle of the night.

It was a beautiful night and a great way to return to civilization.

Be sure to read John's book. Your memories will coming flooding back, too.

Oh, yes. Why did my friend leave the country after one date with me? She reminded me that she had asked me how to get a job overseas, and I had replied, "Oh, I don't know. Call the Peace Corps."
Posted by Gus at 9:35 AM No comments: 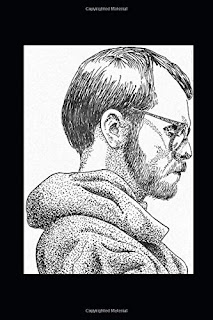