Let's hope FBI Director James Comey has a very strong security detail. I'd sure hate for him to come down with the Vince Foster Disease.

Comey was right to speak up. Obviously, U.S. Attorney General Loretta Lynch wouldn't. She'd be worried about job security and what was really said between Bill Clinton and her on the plane. Obama certainly wouldn't let anything slip that might hurt Hillary.

The voting public deserves to know that another rat is starting to smell in Hillary's corner.

Unfortunately, it's probably too little, too late. Many have already voted and can't recall their votes for Hillary, not that they would. No matter how dirty Hillary is, too many will still vote for her.

I'm not waiting for Nov. 9 to order my AR-15 and half a dozen 30-round magazines. If Hillary wins the election, I'm very likely to need them for defense of home and life.

I fired an AR-15 yesterday on fully-automatic. Too bad I can't buy one of those. 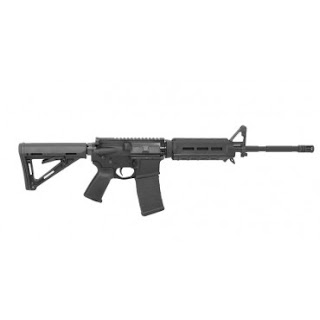 You have to wonder why Donald Trump can't hire a campaign manager who can produce a win. He missed many opportunities to hammer Hillary last night with direct statements that would have chipped away at any lead she thinks she has. Hillary was running out of energy; you could see it in her face and hear it in her words.

Trump is right not to state that he will accept the vote. The correct action for any candidate is to defer the answer until after you know what the vote is.

It's hard to believe that Trump cannot deliver clear, concise answers and fact-driven statements that would show the world what a weasel Hillary is.

The FBI's investigation of Hillary's email server was rigged. Loretta Lynch's decision was rigged. What did Bill Clinton and Lynch really discuss on that plane. There was plenty of evidence to go forward on charges. Whoever heard of an Attorney General deferring a decision to the FBI? The FBI should have taken its evidence to Lynch, and then Lynch should have put her head on the chopping block. Except we know how that would go. The Obama Team would have crushed her.

Trump should have provided a quick statement why he used Gen. Patton's name. Those of us old enough to know who George Patton was, will know or guess. The younger crowd will say, "Who?"

Of course, the real race, under our system, is the Electoral College vote, not the popular vote. Let's hope that the Trump Team understands that.

Trump should have attacked Hillary's smirking and confidence, and he should have attacked her health and asked direct questions about any diagnosis or suspected stroke or Parkinson's Disease. The look of shock on the female reporter's face, when Hillary's head-bobbing during the loud questioning, is now lost in "old news".

Look at how few blue states might control the Electoral College. It feels too much like Cook County's stranglehold on Springfield.

As a former insurance agent, I knew that Obamacare could not success. You can't insure everybody for everything for less money. Obamacare care insurance companies have already gone out of business, and premiums are going up 50% and more. I know poor folks with $10,000 deductibles. What kind of insurance is that?

I said I'd leave the USA, if Hillary wins on Nov. 8. Then I decided that a better choice is buying more guns and ammo and preparing to defend this country from domestic terrorists and government, if necessary. Read the Declaration of Independence, the U.S. Constitution and the Bill of Rights, folks.
Posted by Gus at 9:03 AM No comments: